Share a memory
Obituary & Services
Tribute Wall
Read more about the life story of Ralph "Ho" and share your memory.

Ralph "Ho" Eugene Tolle 92, was called home to join the heavenly choir surrounded by his loving family at the Sunridge Assisted Living Center, on January 14, 2023.  He was born on March 12, 1930 in Wilmington, Ohio to Herman and Grace (Workman) Tolle. Ralph was the oldest of 15 children, where they all worked on the family farm in Peebles, Ohio.

In 1948, Ralph came to Park City, to work in the mines with his uncles. He later went to Deseret Livestock, where he picked up the nickname "Ho" from being from Ohio. He also met the love of his life, Leila Nicholls, and they were married on February 18, 1951 in Ely, Nevada. He Joined the Army shortly after, and was stationed in Germany. Upon returning home, they had 5 children together: sons Ralph and Arlan (Liz) Tolle, and daughters Karla (Bobby) Anderson, Jeanne (Craig) Webster, and Toni (Bart) Stewart.  The have 10 Grandchildren, 13 1/2 Great Grandchildren, and many Step Grand and Great Grandchildren.

Ho and Leila called Evanston home until they moved to Layton, Ut to be closer to his job. This is when he had found his calling in the job he loved the most; being an engineer for the UPRR. He continued this love until retiring after 40 years and one day in 1994. In 1988 they moved back to the place he always called home, Evanston.  He loved telling stories with the brotherhood of the railroad over coffee at Jody's. He did that for years until he couldn't remember the names of the faces looking back at him. He loved singing in the choir and was often the voice heard above all others. He loved his church so much that he was able to join his love for carpentry with it, and built the new Aspen Grove Baptist Church building. He loved his family from there and thought of them often, he was such a devout son of the Lord that he was looked up to by many of the members.

Ralph is survived by his loving wife Leila, all of his children, grandchildren, numerous nieces and nephews, his brothers: Tom, Mack, Carl, and 1 sister Janice. He is preceded in death by both his parents, brothers: Bob, Berlin, Harley, Junior, Norman, Floyd, sister Mary Jane, 3 infant siblings, and two son in laws: Bobby Anderson, and Bart Stewart.

Funeral Services will be held at Crandall Funeral Home in Evanston, on Saturday January 21, at 2:00pm, with a viewing held before at 12:00pm

Your browser does not support this video format. You should be able to view it in Chrome, Safari or Internet Explorer. 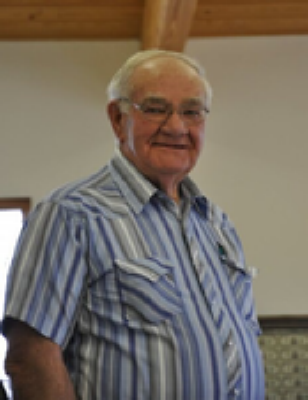