Share a memory
Obituary & Services
Tribute Wall
Read more about the life story of Jerry and share your memory.

Jerry was born June 28, 1937 to James Woodland and Eva Johnson Valentine in Brigham City UT where he and his two younger brothers, Craig and Dallas, grew up.  He graduated from Box Elder High School and LDS Seminary in 1955 then attended Utah State University. He served a two-year mission for The Church of Jesus Christ of Latter-Day Saints  in the Western Canadian Mission.  Upon his return, he courted Linda Kay Carter. They were married  six months later, Aug. 5, 1960, in the Logan Temple.  They lived in Brigham City where Linda worked for Thiokol until  Jerry  received his BS Degree at USU. He was also commissioned a 2nd Lieutenant after completing Army ROTC.

Jerry’s greatest joys in life came from  being with his loving wife of 62 years and their six wonderful children: Troy, Lance, Dawn, Brett, Crystal, and Trevor and their dear families.

As an Army officer for nearly eight years, Jerry (and usually his family) lived at Aberdeen Proving Grounds MD twice, Korea, Defense Depot Ogden, Ft. Greely’s U.S. Arctic Test Center/ Delta Jct. AK, and the Vietnam War.  He quickly earned the rank of Major.  He was honored to receive the Bronze Star for his heroic service in Vietnam.

Upon leaving the Army, he sought a new career and tried various jobs in Utah, Alaska, and Oklahoma. When he was selected for a position  with the Bureau of Land Management,  he knew he’d found a career he would love.  BLM opportunities took them to Phoenix AZ, Monticello UT, Pinedale WY, Fairbanks AK, and Lander WY. He was given  great responsibilities and was a well- respected leader.

In 1993, Jerry retired from BLM and Civil Service and they spent the summer in Delta Jct AK.  The following year, they moved to Evanston.  He kept busy with part-time jobs working as a courier for the First Bank of WY; working at Jubilee Sporting Goods and Uinta Pawn Shop; reading water meters on foot for the city; and volunteering to deliver meals or transport seniors for the Senior Center.  He enjoyed the annual county delinquent property tax sales and made some profitable investments.  He participated in Senior Olympics and earned many medals. He took loving care of his home, beautiful yard, and garden.

Jerry loved America and was very patriotic. He appreciated the programs presented in the schools honoring veterans. He was very pleased to be the 2019 honored guest Veteran speaker at Davis Middle School.

Jerry loved backpacking, hunting, fishing, camping, ice fishing, snowmobiling, and just enjoying  God’s wonderful world.  He instilled this love in his family.  His life was spared numerous times during his adventures.  He had a big, hearty laugh and loved to share his life’s  experiences.

He was always positive about life…even to the end. As a young missionary, he was given the advice: “It’s ok to be disappointed but never get discouraged.” He lived by these words.

Jerry loved the Lord and served Him faithfully wherever life took him.  He found peace and comfort in the knowledge that families can be together forever if we follow God’s plan.

We feel blessed to have had this wonderful man in our lives.  He is dearly loved and will be deeply missed.  We wish to thank everyone for the loving care they’ve shown to Jerry and his family.

He was preceded in death by his parents and his brother,  Craig (Vicki).

Interment will be at 2:30 PM at the Washington Heights Memorial Park, 4500 Washington Blvd., Ogden UT where Military honors will be accorded. 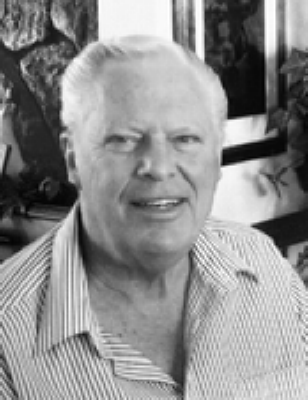