Share a memory
Obituary & Services
Tribute Wall
Read more about the life story of Irene and share your memory.

Irene T. (Bugas) Worthington left this earth and traveled home on Jan. 9.
Irene was born in Rock Springs on Nov. 8, 1925 to Susie and George Bugas. She was
an adventurous spirit who, in 97 years, witnessed many changes from horse and buggy to
airplanes and paper/pencil to the internet.
Irene attended a one room school house on the Bugas Ranch until the sixth grade. She
then boarded at her grandparents in Rock Springs to attend high school and graduated in 1944.
Following graduation, she moved to Dayton, Ohio and pursued her love of science by obtaining
a chemistry degree from the University of Dayton.
Irene began her career working for the Davies Young Soap Company, which produced
soaps, fragrances and bath products. She worked in the lab and tested raw materials and
finished products.
She then joined a private label company manufacturing private label health and beauty
products called Amole Inc., where she worked until her retirement. At Amole, she worked in
sales, became a sales manager, a vice president and part owner of the company.
On Aug. 13, 1960, Irene married Roy Worthington. She loved their home and yard, their
travels and their loyal friends.
Irene was a gem or model that they do not make anymore. She was charitable,
prayerful, fun loving and supportive. She had an intense love of family and enjoyed visiting the
ranch to be with family and her friends in Bridger Valley.
She kept up with fashion trends and was always in style. She appreciated a good glass
of wine, delighted in a good belly laugh, was entertained by the hunt for the right antique and
finished the day with a hot cup of tea.
She believed if one rep of exercise was needed two would be even better, adored
preparing a meal right down to the properly set table and a bit of something sweet to top it off,
relished being taller when she wore shoes with a three-inch heel and always looked forward to a
good hand of poker.
She was also faithful in prayer and graciously ended her prayers with, “Thank you Jesus,
thank you.”
Irene leaves behind her brother and dear friend Lawrence Bugas, nieces and nephews
Larry (LaDonna) Bugas, Mary Sue Carroll, George (Colette) Bugas, Anne Marie (Larry)
Anderson, Jonette (Michael) McNamee, Irene (Mark) Coffield, Karen Lewis, Debbie (Rollie)
Gilmore, Greg (Joan) Hlinka, 16 grand nieces and nephews and 16 great-grand nieces and
nephews.
She was preceded in death by her parents Susie and George Bugas , her husband of 30
years Roy Worthington, two brothers George and John Bugas and two sisters Maragret Hayes
and Mary Lou Hlinka.
A Rosary will be held on Saturday, Jan. 21 at 10 a.m. followed by a funeral mass at
11:00 a.m. Services will be held at Saint Helen’s Catholic Church in Fort Bridger with
interment at the Fort Bridger Cemetery. 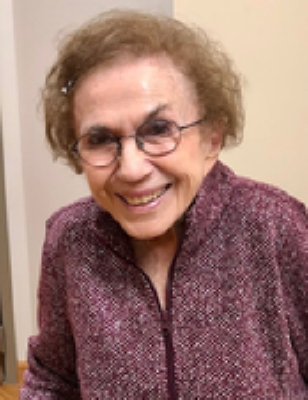