Share a memory
Obituary & Services
Tribute Wall
Read more about the life story of Elizabeth and share your memory.

Elizabeth “Beth” Marie Ferguson passed away Saturday, August 27, 2022 in Evanston, Wyoming. Beth was born to William and Mary Kay Ferguson, March 18, 1976 in Casper, Wyoming. She was the only child born of that union. Beth was raised in Dubois and, also resided in Casper before moving to Evanston.

She worked her whole life in many different trades. She worked for everything she had. Sometimes falling on hard times, but then would pull herself back up with the help of friends along the way. Beth has been a spitfire from day one! She was always, ALWAYS, up for an adventure, and if you were willing, she was willing to have you go along. She loved so many things about life and living. She had a sense of humor and the ability to laugh and find humor in everything!

Growing up in Dubois, she was ready to go see what else was out there. And that she did! She was a traveler. She had been, had seen, and had experienced people and places that many of us will never take the opportunity to experience. From coastal towns, to desert towns. From what she called “the purple trees in Tennessee” to high mountain peaks in Wyoming. She hated the cold, only tolerated the wind, but enjoyed the warmth. Beth had an uncanny ability to learn and retain what she called, “useless facts of knowledge.” She said it may not make her much money but it sure does come in handy for trivia! Her eclectic love of music gave her the ability to transport her mind to places and bring her to feelings that only she could experience. She loved to sing and had a beautiful voice. She loved the theater life and entertaining others. She was always a friend to everyone she met, once you were in her heart and circle, you were there to stay. Beth could strike up a conversation with anyone, anywhere and soon they would be fast friends. If you knew her, you felt her love and inclusion, you became her family. She loved her friends dearly! She took much pleasure in being with the ones she cared about. Her smile, her laughter, her humor but mostly her love will be missed by many.

Beth is survived by her father William (Carla) Ferguson, half brothers and sister: Christopher (Meta) Penwell, David (Diane) Penwell, Jennifer (John) Schmeltzer, 5 nieces and 6 nephews. Her aunt Sherry (George) Race, and her uncle Larry (Starla) Crouse, and many cousins. Honorable mention goes to all of the friends and ‘family’ that all took part in helping her along her earthly journey, albeit early in the beginning, in the middle of her life and at the very end.

In accordance with her wishes she has been cremated. 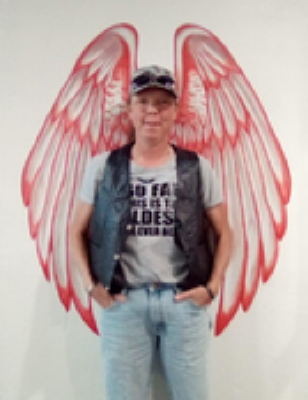